(Amsterdam) Memory Space
Alvin Lucier / MAZE (Unsounds)
by Kurt Gottschalk
Alvin Lucier’s 1970 composition Memory Space is very much a product the age of directive art, sitting squarely alongside Yoko Ono’s action paintings and some of the Fluxus instructional compositions. Such works weren’t concerned with dictating the sound of the piece so much as the means of arriving at it, generally reflecting some aesthetic philosophy and, perhaps, providing an illuminating experience for the interpreter. It’s the very root of “concept art” (a term coined by Fluxus composer and visual artist Henry Flynt), wherein the work is not a score or a painting but just the concept of what might be put on the staves or canvas.
An intellectual exercise to be sure and one that runs the risk of being little more than interesting unless (subjective as it is) something appreciable happens. And happily, given the nearly 45 years between the composition and MAZE’s realization, (Amsterdam) Memory Space is not mere avant garde archeology. Following the instructions of the score, the six members of the group separately set out upon Amsterdam to record the “sound situations” of the environment, then reconvened to (as per the score) “re-create, solely bymeans of [their] voices and instruments … those outside sound situations.” Lucier allows that the recording be done by memory, note-taking or with a recording device but requires the performance to reflect an unedited span of listening time.
This session is, first off, a wonderfully pleasant abstract listen, held together for the most part by the unceasing sauntering of guitarist Wiek Hijmans (billed here as “Wiek Humans”). Grumbling bass clarinet lines by Gareth Davis and passing flute interjections from Anne La Berge plus seemingly sparser statements from pianist Reinier van Houdt and bassist Dario Calderone give shape to the sonic setting, the whole of which is sustained like banana slices in a Jell-O mold by the electronics employed by La Berge, Van Houdt and Yannis Kyriakides. All of this is executed with the performers listening to their audio recordings on headphones, doing their best not to interact with each other. This raises interesting questions about the notion of group performance, something that would, again, be interesting if it weren’t so appreciable.
It would seem to be Kyriakides who called the affair to order. He is the one, in any event, who penned the liner notes and he already has a catalogue of work based on sound and memory, from his manipulations of Greek rebetika music with The Ex guitarist Andy Moore to a beautiful record of childhood vacation remembrances. If (Amsterdam) Memory Space doesn’t apply to every listener’s memory of the city, or if not every listener has been there, it still might evoke the crossing paths and conflicting tempos of urban life. It will at least likely please most listeners open to experiencing non-centered music. 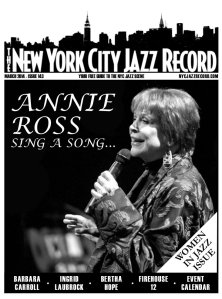